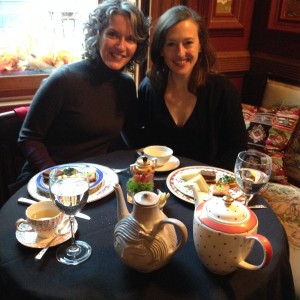 I recently rounded out my Big Birthday Month+ with afternoon tea at Lady Mendl’s courtesy of my lovely author friend, Suzan Colón (Beach Glass). Located within The Inn at Irving Place in the tony, London-like NYC enclave of Gramercy Park, Lady Mendl’s consistently ranks as the city’s most romantic tea salon–with good reason. Sit back and savor a quick, calorie-free tour of our nearly three hours’ time travel back to a kinder, gentler, infinitely more gracious time. 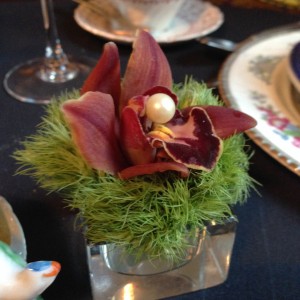 On arrival, we were greeted by our winsome, 20-something server-to-be. Wearing a chic black wrap dress, rope of pearls, and a soft, scarlet-painted smile, she directed us to the beautifully-appointed parlor where our coats were whisked away and we were seated before the crackling fire. Ah, I could get used to this.

After a brief respite for thawing, we were led into the adjacent dining room. A quick scan of the opulently appointed yet cozy chamber confirmed that high tea had been a VERY good idea indeed. And that Lady M’s is a venue where even the teensiest detail is accounted for, down to the exquisite, pearl-festooned miniature centerpieces gracing each cloth-covered table. 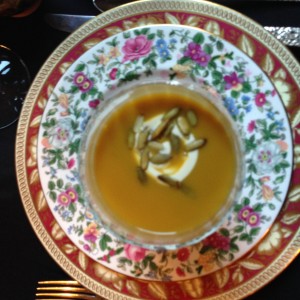 Our respective teas selected, the five-course repast began. Course #1 was a warming butternut squash soup–or was it pumpkin? Regardless, it was delicious, the perfect starter for shaking off the gray chill of the day.

Next, we were each brought a plate of the ubiquitous tea sandwiches only these weren’t ubiquitous at all but creative and delicious, not to mention farm-to-table fresh. My favorite? The smoked salmon with crème fraiche and Wasabi caviar. 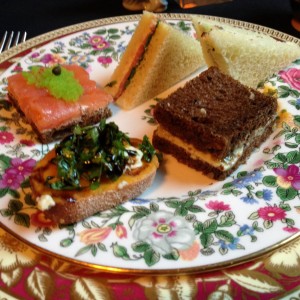 With the savories out of the way, it was time to transition to the sweets. Course #3 was a hearty scone dressed with Devonshire Clotted Cream (!!!) and preserves.

We finished with plates of assorted miniature cookies and chocolate-covered strawberries and, of course, a final cup of tea. So. Civilized. 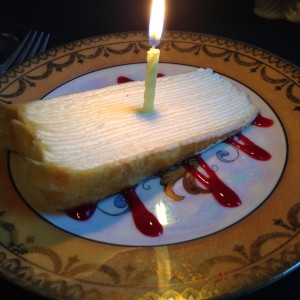 Throughout, industry news was weighed and waxed upon and worlds saved–well, at least our fictional ones. 😉

If you live in, or plan to visit, NYC, seriously consider taking tea at The Inn at Irving Place. And don’t be surprised if a detailed scene of “high tea” doesn’t find its way into a next Hope Tarr novel. Maybe even the historical women’s fiction saga set in NYC I’m researching now. 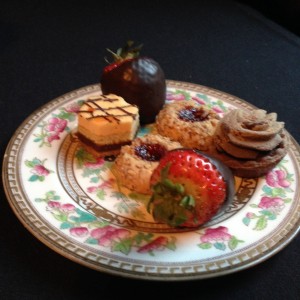 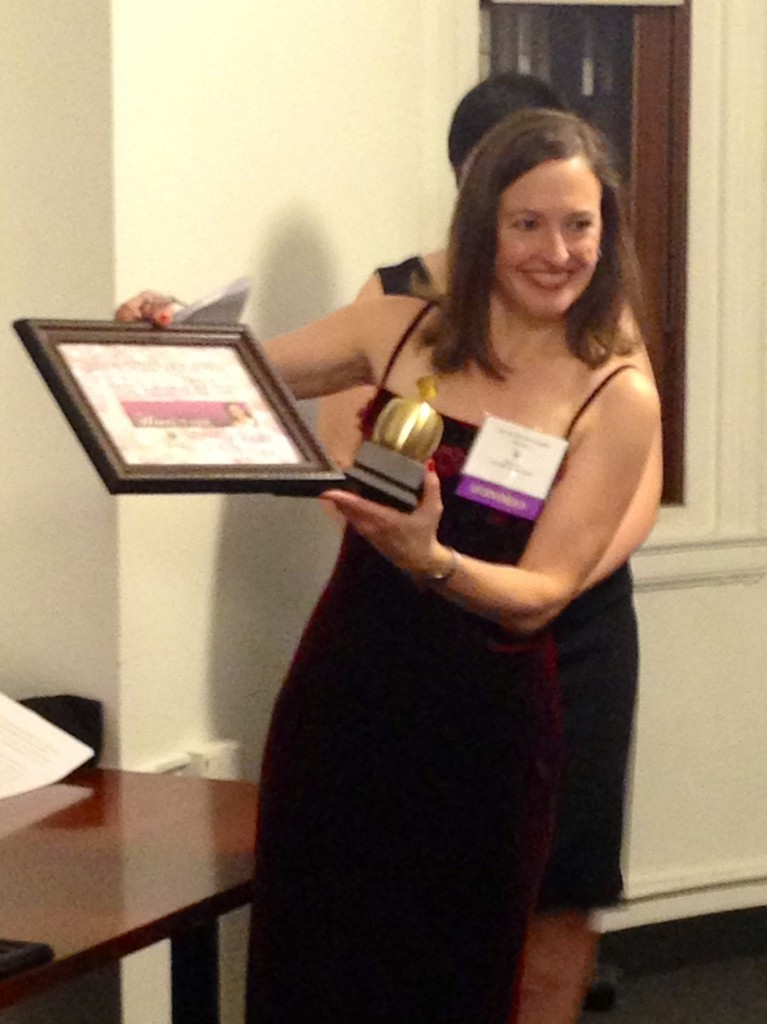 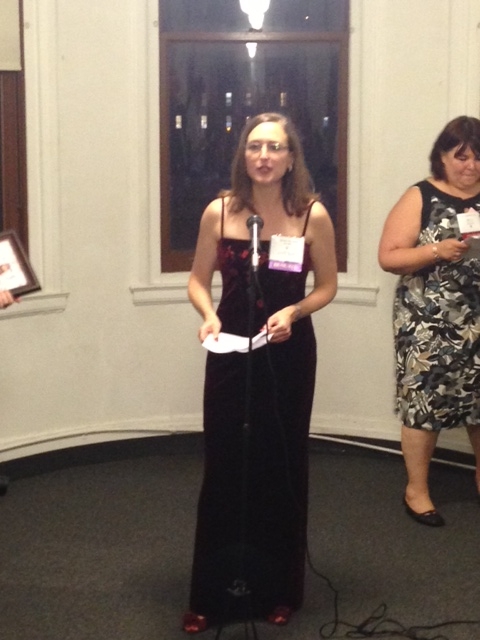 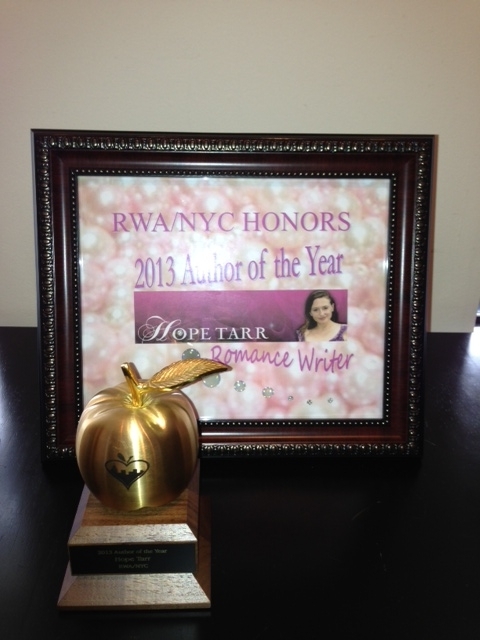