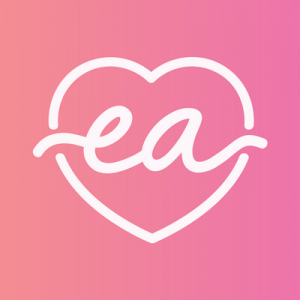 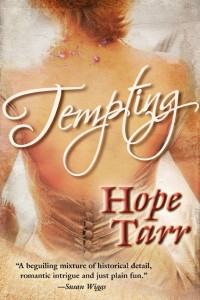 Today (2/9) is your LAST DAY to get my Victorian set historical, TEMPTING for FREE, and I don’t want any of you, my dear readers, to miss out, especially when it’s all so perfectly simple and refreshingly easy. Download the awesome–and also #FREE–EverAfter Romance ebook app: http://bit.ly/12jLGry (iOS) & http://bit.ly/1wNJT9t (Android). In less than a minute, the book will appear on your shelf.

Already have the app? Even better, just enter Code: htfree

Simon paced from one end of the fringed foyer runner to the other, white-gloved hands folded behind him. Piles of paperwork awaited him on his desk and yet with time on his hands still he hadn’t managed to make heads or tails of any of it. A soft sound stalled his steps. Expecting Mrs. Griffith or one of the housemaids, he looked to the staircase. And saw Christine.

Garbed in a gown of saffron silk, her hair swept up into an intricate confection of ringlets, her bared shoulders held back to reveal every proud inch of her lithe frame, she graced him with a soft smile. “Simon.”

Descending, she seemed more fantasy than flesh-and-blood, an exquisite angel floating toward him despite the hint of a hitch to her step. The hall was chilly but, inside him, heat spiked. Like a sleepwalker, he felt himself moving toward her, every glib greeting and clichéd compliment fleeing his brain. Only one word remained.

She stepped off the landing, and he reached up to take her hand in his. “I’m not late, am I?”

That made him smile. Despite her finery, she was so unspoiled, so… dear. “To be truly fashionable, you should have kept me waiting for at least a half hour.” Realizing he still held onto her hand, he released it with regret.

Her smile dimmed. “Oh dear, I’ve gone about it all wrong again, haven’t I?”

Her words touched off the tenderness in his heart. “No, I’m glad you’re here.” He took the cape from her and hung it upon the hall tree. Turning back, he said, “I have a present for you.”

He led her over to the pier glass. Stepping behind her, he caught his first glimpse of her gown’s low back. All that beautiful bareness had him searching for his next breath.

Finding it, he said, “Close your eyes.”

She obeyed, and he reached into the inner pocket of his cutaway jacket and withdrew the black velvet box. “No peeking,” he chided, seeing her eyelid flicker. He snapped open the box. Withdrawing the necklace, he brought the gold chain about her throat.

“It’s cold.” She reached up, her fingertips brushing the pendant dangling just above the swell of her breasts.

“It was a long and rather bracing ride back from town,” he admitted.

“Your business was to buy me a gift?” Eyes still closed, she leaned back ever so slightly against him.

“It was.” He fumbled but finally fastened the clasp. He lingered a moment more, inhaling her sweet, clean scent, then stepped back. “Open your eyes.”

She did, and their gazes met in the mirror. She looked down at the necklace and uttered an exclamation of delight. “Oh, Simon, it’s fair near the same color as my gown. How did you know?”

“My spies are everywhere.” He winked, feeling light and young and altogether freer than he had in years, quite possibly ever. That the pendant complemented her gown was pure happenstance. He’d bought the amber because the color made him think of her eyes, eyes capable of capturing men’s hearts with a single, liquid look. “Do you like it?”

She whisked about to face him. “It’s the loveliest gift I’ve ever gotten.”

You’re the loveliest thing I’ve ever seen, he thought but didn’t dare say.

“I’m glad,” he said, both happy and humbled that his token had made her so happy.

She took a step back. “Do I look—” She faltered, brow furrowed, likely searching for one of the long, elegant words she shored up for such occasions. “Do I look…ravished?”

Accustomed as he’d become to the artful simpering of society beauties, Christine’s guilelessness was akin to being handed a glass of iced lemonade after hours of sun baked toil. Refreshing, delicious, sweet—and yet tartly tempting.

Pressing a hand to the small of her back, he felt her shiver against his fingertips. “Not yet…but then the evening is young.”